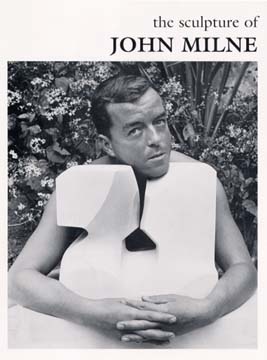 Title: The Sculpture of John Milne
John Milne (1931 - 1978) was one of the most interesting and sophisticated of the sculptors associated with St. Ives, the English post-war avant-garde movement. His work of the fifties owed much to the St. Ives milieu in which he lived. Later, however, Milne was greatly influenced by the landscape and architecture of Greece, Persia and North Africa so that his mature work assumed a more international flavour. Tragically Milne died at the age of 47.

The Sculpture of John Milne by Peter Davies is the first critical appreciation of Milne's oeuvre to appear sine his death and includes an illustrated catalogue raisonne of the sculpture.