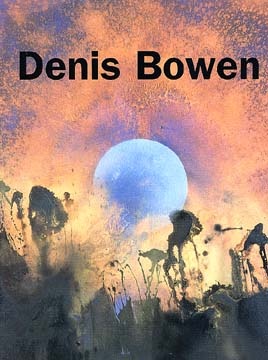 Denis Bowen was one of the most widely respected abstract painters of the post-war period in Britain. Born in South Africa of Welsh parentage he was brought up and educated in England, studying at Huddersfield School of Art and, following war service in the Royal Navy, at the Royal College of Art. Totally committed to abstract art - and more particularly informal or tachist abstract art, Bowen became one of its chief proponents - not only in his own painting but also through the New Vision Centre Gallery. Bowen founded the gallery in 1956 and, until it closed in 1966, showed an astonishing array of artists, including a large number from abroad.

Bowen has exhibited widely since the 1950s and his works are in numerous public collections at home and abroad. This publication celebrated Denis Bowen's 80th Birthday, which was also marked with a retrospective exhibition at Belgrave Gallery, London

The book is 96 pages, hardback and limited to 750 copies. It comprises a critical essay by the well-known writer Peter Davies together with 54 pages of colour illustrations of works from 1952 to the present.