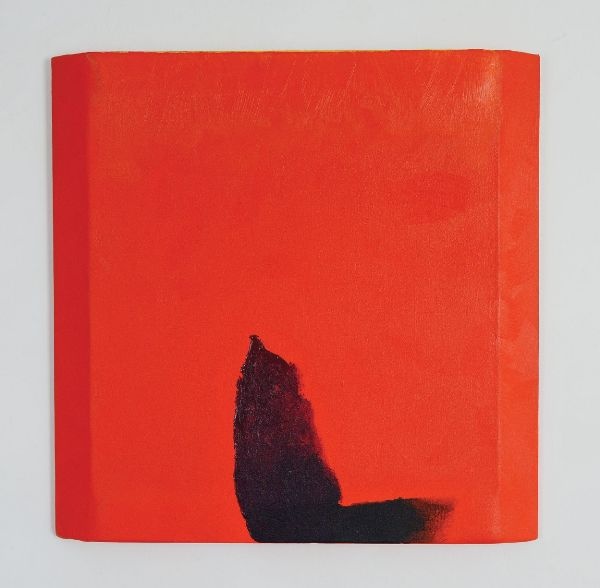 Trevor Bell made his first shaped canvas in 1962 and continued to experiment with the form of his paintings right up until his death in 2017. Less dramatic in shape than many of his earlier experiments, this painting from 2005 retains the sculptural feel of much of his work, bringing the architecture of the space around the painting into play, and also demonstrating the daring use of colour for which his work was often noted.