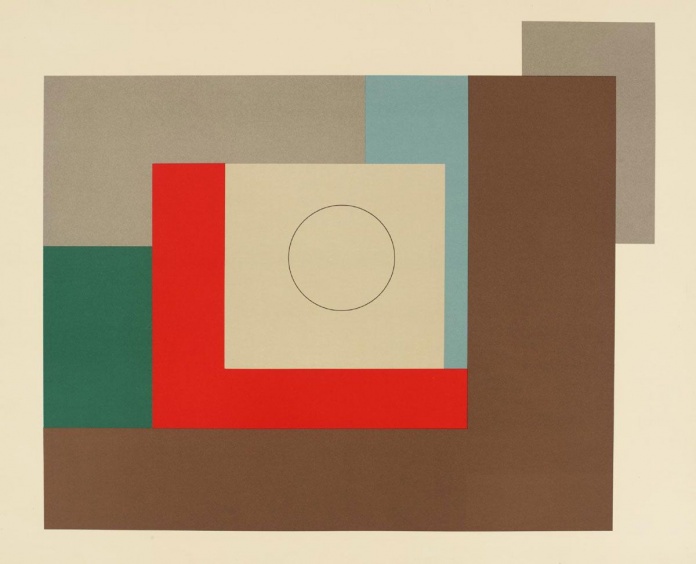 From the 'Penwith Portfolio' of 1973, printed by Stanley Jones at The Curwen Press
Signed in pencil on reverse
Edition 19/90

Ben Nicholson agreed to collaborate on drawing this composition when Stanley Jones, the director of the Curwen Lithography Studio, was working to produce a portfolio of lithographs to be sold in support of the Penwith Society of Arts in St Ives. Many artists, such as Hepworth, Lanyon and Piper, who had been central to the development of the 'St. Ives' school of painting in early 20th century British art, agreed to contribute works to help raise money for the Society. Nicholson had not drawn a lithograph since the earliest part of his career, but working with Stanley Jones, and using the maquette of a 1935 composition, he created this great example of early British pure abstract art.