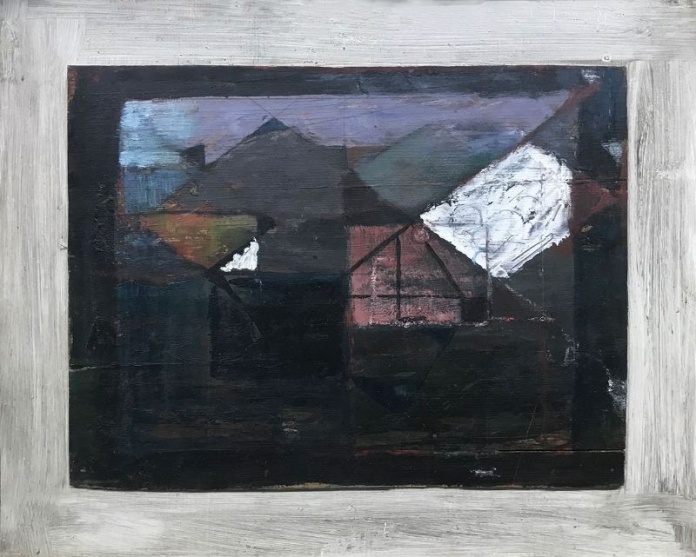 Note: Frost's 'Madrigal' is regarded as his first purely abstract painting and is partly in response to Victor Pasmore's pioneering abstract work, another of Frost's teachers. This painting appears to be the study for the larger canvas in the collection of Leamington Spa Gallery.

Futher Notes: Madrigal, was a summer project set while Frost was a student at Camberwell School of Art, based on the 1935 poem by W. H. Auden. It was as he stated, an 'intuitive reaction to the poem' which alludes to the love of a coal miner. Frost uses a sombre palette and the dark diamonds and rectangles evoke the slag and spoil heaps of a mining landscape. The larger version of this work purchased by the Art Fund and in the collections of Leamington Spa Art Gallery is widely considered to be Frost's first truly abstract painting and as such, is a seminal work of huge importance. We believe this smaller work to be a pre-emptive study.Madrigal marks the turning point where Frost moved away from the figurative style of his influential Camberwell tutor William Coldstream, and turned towards abstraction, encouraged by his other most important tutor, Victor Pasmore. A hugely exciting and significant work.